The Colourer is the unusual story of 10 year old Casper. His parents are divorced and he lives with his father, Ruben, a famous artist. Casper lives a normal and happy life, but has to cope with the daily problems associated with his being colour blind. Casper’s world includes another world nothing like ours. It is inhabited by two folk, who live at odds with each other. One group lives in ‘The land of Crayola’ and the other group lives in ‘The kingdom of Eraser’. Once these two kingdoms were united, but a terrible thing happened to divide them. As a result Crayola, a magical, colourful realm, must be permanently protected from the Erasers.; for they are under the spell of the evil emperor Xnie and he wants to conquer Crayola. Because it’s impossible for Crayola to defend itself from within from Eraser attacks, the Crayola people must seek help from an outsider. Casper is the chosen ‘colourer’ – selected because of his special gift – to help realise the survival of the two countries. 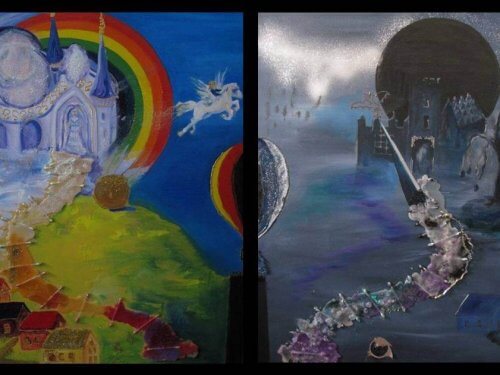